Non-fungible tokens (NFTs) emerged as new sources of ownership in 2021, assisting celebrities and companies enter the blockchain market and reach a wider audience.
Published: 31 Dec 2021, Updated: 31 Dec 2021 6:03 pm
Italian auto major Ferrari has entered the non-fungible token (NFT) market by signing a multi-year agreement with Swiss technology firm Velas Network to create digital content for its fans, the luxury sports car maker said on December 27, according to a Reuters report. Ferrari is another big name to join the increasing list of NFT owners.
The NFT market generated over $23 billion in trading volume in 2021, according to crypto-data analysis platform DappRadar.com.
“NFTs have taken India and the world by storm this year. With several celebrities and brands joining the bandwagon in launching their collectibles, the NFT craze has become a hot topic in the digital currency space,” says Abhayanand Singh, group CEO and co-founder of Vistas Media Capital, a media content and technology company based in Singapore that has an NFT platform. From celebrities such as Amitabh Bachchan, Salman Khan and Kamal Haasan to even large corporate entities such as Tech Mahindra, Vodafone and Pepsi have dived into the NFT pool this year.
NFTs are a type of digital asset that use blockchain to document the ownership of items such as images, videos and other collectibles.
The hype in cryptocurrency has also resulted in a boom for the NFT market globally. As per data shared by WazirX NFT Marketplace, 1,074 new NFT creators and 912 collectors have joined its marketplace since its launch on June 1, 2021.
According to Singh, NFTs give fans a unique chance to own collectibles and therefore their price appreciates over a period. “The attraction for film celebrities, apart from monetary gains, is a new way to reach out to fans by reinvesting in their digital transformation,” he says.

5 Film Celebrities To Launch NFTs in 2021 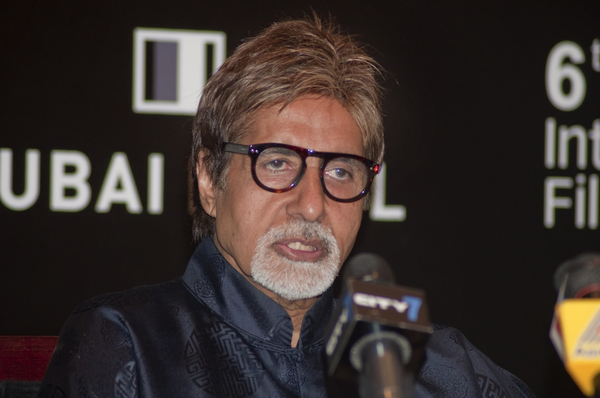 In November 2021, Amitabh Bachchan launched NFTs and personal collectibles on the NFT platform beyondlife.club. These include autographed vintage posters, a recital of his father Harivansh Rai Bachchan’s famous poem Madhushala, and other items associated with the actor’s career.
Cinema legend Rajinikanth launched NFTs in July 2021. The megastar partnered with Singapore-based NFT marketplace Diginoor.io to launch movie collectibles from his 2007 Tamil action thriller hit Shivaji: The Boss.
In November, actor-cum-politician Kamal Haasan partnered with Fantico, an Indian licensed digital collectibles platform, to launch his own NFT collection.
Actor Salman Khan joined hands with BollyCoin, a Bollywood NFT marketplace, for his NFT collection. According to Bollycoin, 1 million tokens were sold in the first three hours of the launch.
Following in the footsteps of other celebrities, Sunny Leone announced her first collectible venture MISFTIZ! in October through Twitter, and received strong response.
Last month, singer and music director Sonu Nigam partnered with digital entertainment startup JetSynthesys to launch his NFT series in London, according to various media reports.

5 Big Companies To Launch NFTs
On December 22, British telecom company Vodafone auctioned the world’s first text message, “Merry Christmas”, which was sent on December 3, 1992, for 107,000 euros (about $121,000) as an NFT at a Paris auction house. French independent auction house Aguttes held the NFT auction for the world’s first SMS.
India-based IT industry leader Tech Mahindra will soon launch its own NFT marketplace to monetise its progress in blockchain capabilities, informistmedia.com reported.
Earlier, in March 2021, former CEO of Twitter, Jack Dorsey, auctioned his first-ever tweet as an NFT, which fetched $2.9 million. Timothy Berners Lee’s first source code for the World Wide Web was sold for $5.4 million, according to various media reports.
Adidas Originals announced the launch of their NFT collection, titled ‘Into the Metaverse’, in collaboration with gmoney, PUNKS Comic and Bored Ape Yacht Club. Early access and general release are both sold out, according to the company’s website.
MG Motor India became the first car maker in India to launch NFTs, which it did on December 16. The company has started selling NFTs from December 28, and the proceedings from the inaugural NFT collection will go towards community service, the company has stated.
Pepsi released a genesis collection of NFT collectibles to commemorate its founding year, 1893. The beverage company introduced the “Pepsi Mic Drop” genesis NFT collection on December 9 through Twitter, which features 1,893 generative NFTs on Ethereum blockchain.
The total market cap of NFTs in the world is $21.73 million as of December 30, 2021, while the total sales volume is $165,348, according to coinmarketcap.com.
Even though NFTs generated a lot of hype in 2021, there is a lot of uncertainty surrounding the yet-to-be-released Cryptocurrency Bill. Finance minister Nirmala Sitharaman said in the Winter Session of Parliament, “The government is also discussing the regulation of non-fungible tokens (NFTs).”
Tired of the unceasing, ungainly internet entertainment updates? Walk dazzling lanes and by lanes with Outlook.
The right tech that defines you. Your aspirations. Your styles. Right in time.
Stay on top of the market moves. Analysis and information for you to take smart decisions.
Know what’s behind the apparent and what doesn’t show. Your journey into the myriad shades of truth with Outlook.
Money market essentials, analysis and data delivered to your mailbox with precision timing.
Arundhathi Subramaniam / How will the world end? With a whimper, as Eliot predicted? Or in a yawn, as Pope said it would.
Giridhar Jha / If Bollywood needed to turn over a new leaf at the outset of the new millennium with the new-age audiences showing uncanny aversion to the age-old formula films, it found a worthy flag-bearer in Irrfan Khan, writes Giridhar Jha.
Koushik Paul / India lost their first-ever Test match at The Wanderers as South Africa won by seven wickets to level the series 1-1. India had won the first Test at Centurion.
Ajay Bagga / While 2022 is likely to be a mixed bag of events, the outlook for India is positive based on real estate and equity markets, but may be tempered by high commodity and fuel prices
© 2020-2021 Outlook Digital